[Road to Final] Spain 🇪🇸 and their talented young generation

The UEFA Nations League’s semi-finals have just finished with Spain and France are two teams take part in the final. Let’s look back at

La Roja’s journey in this competition! 🔰 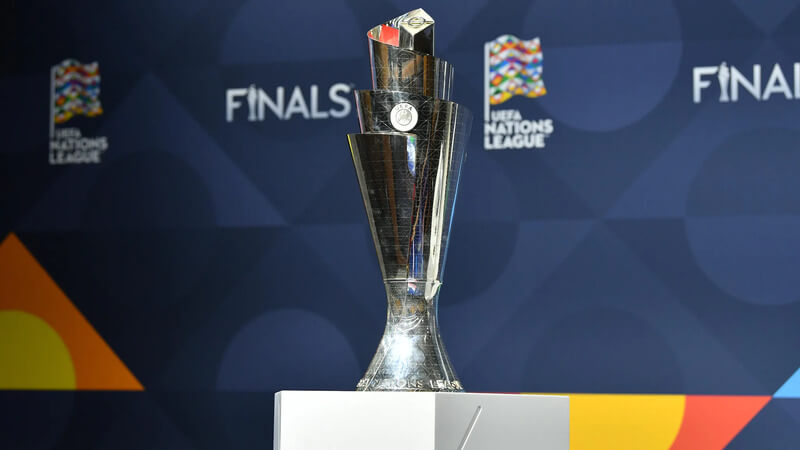 Spain was placed in League A Group 4, joining Germany, Switzerland, and Ukraine. La Roja started their campaign with a 1-1 draw against Germany. Timo Werner opened the score for Die Mannschaft after receiving a low cross from Robin Gosens. Spain then pressed Germany rapidly; however, the goal only came in the 90+5th minute with a tap-in by José Gayà. 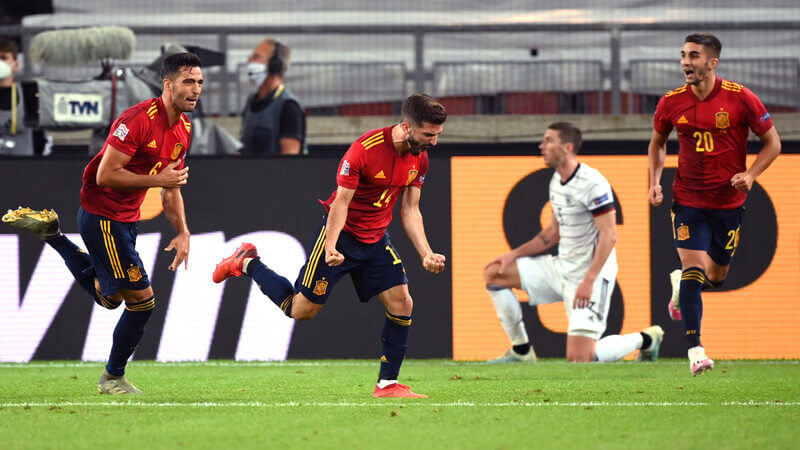 In the second round, Spain dominated Andriy Shevchenko’s Ukraine 4-0 on their own ground. Captain Sergio Ramos scored a brace with a penalty and a sublime header, while Ansu Fati and Ferran Torres both have their first international goals. Especially, Fati’s goal made him the youngest ever Spain scorer, breaking the record of Juan Errazquin.

Spain then had a close 1-0 win against Switzerland in the third round. Mikel Oyarzabal took advantage of Yann Sommer’s careless pass and scored the only goal of the match. After the first three matches, Spain was on top of the table with 7 points.

However, La Roja couldn’t keep up their amazing performance as they lost 0-1 against Ukraine in the fourth round. Spain carried out 28 shots in this match, 8 of those is on target while Ukraine had only two shots and only one of those is on target. Unfortunately for Spain, that only on-target shot has converted into a goal by Viktor Tsykhankov. 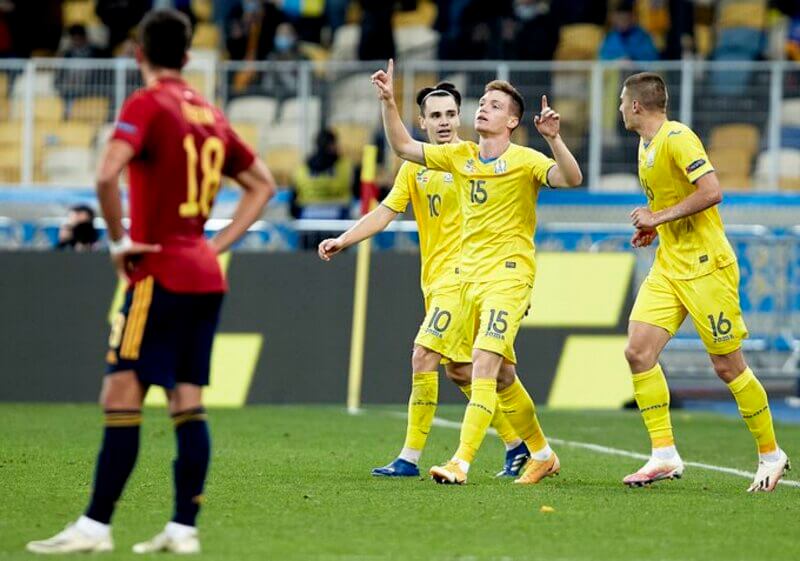 Spain continued to gain an unfavourable result in the fifth round as they drew 1-1 against Switzerland. The A-Team took the lead after Remo Freuler’s goal, and the first half ended with an advantage for the Swiss. In the second half, Sergio’s Ramos header hit Ricardo’s Rodriguez elbow and Spain received a penalty, but Ramos failed to score the equalizer. La Roja then again awarded a penalty after Nico Elvedi fouled Alvaro in the box and was sent off, but Ramos still failed to score. Gerard Moreno scored the equalizer in the last minutes and brought one point to La Roja. 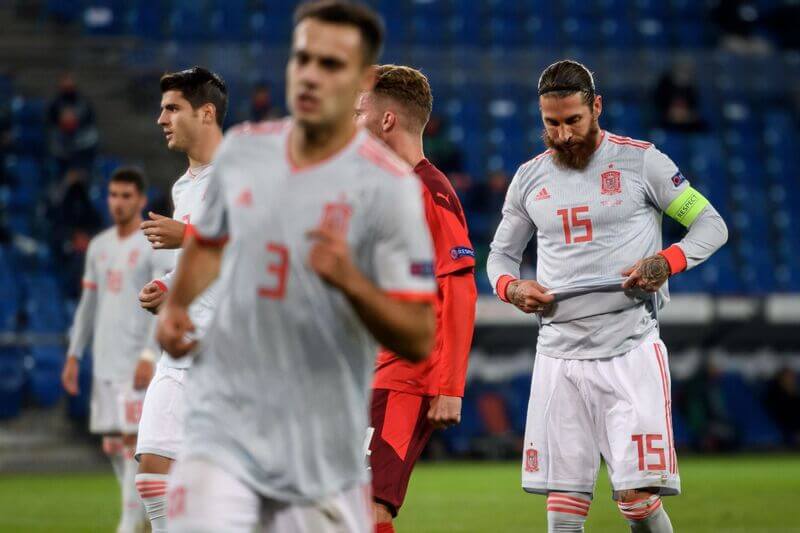 In the decisive match against Germany, the match is expected to be a balance and dramatic clash; however, the result shocked the world. Álvaro Morata opened the score with a fierce header which left Manuel Neuer with no chance to save. Ferran Torres doubled the score for La Roja with a neat finish before Rodri scored a header and made it 3-0 for Spain in the first half. In the second half, Ferran Torres completed his first international hat-trick while Mikel Oyarzabal had a goal in the 89th minute, finishing Spain’s 6-0 domination over Germany. 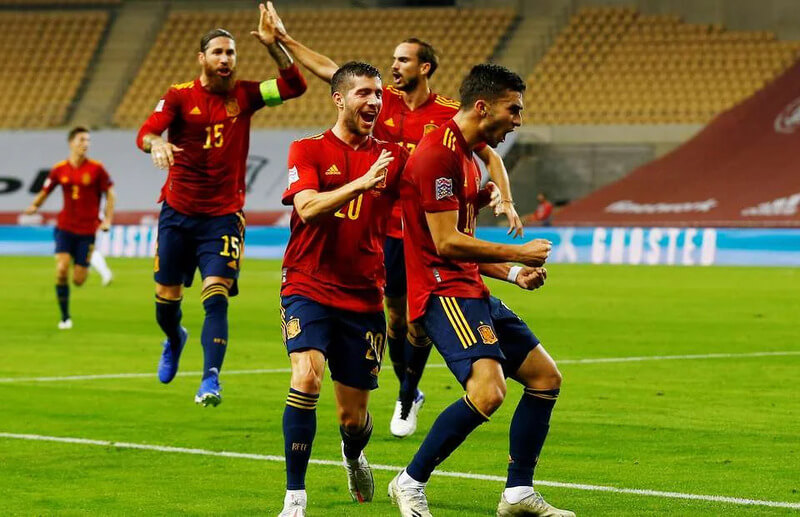 After one year since the group stage, Spain headed into the semi-final against Italy. Ferran Torres continued his amazing performance in the Nations League, opened the score with a sensible touch in the box, and then doubled the score with a deadly header. Between two goals of Ferran Torres, Italy’s Leonardo Bonucci received his second yellow card and had to leave the pitch. In the second half, Lorenzo Pellegrini scored for the Azurri to narrow the score; however, the final win still belonged to Spain. With this win, Spain has successfully avenged Italia after they lost to the Azurri in the Euro 2020’s semi-final. 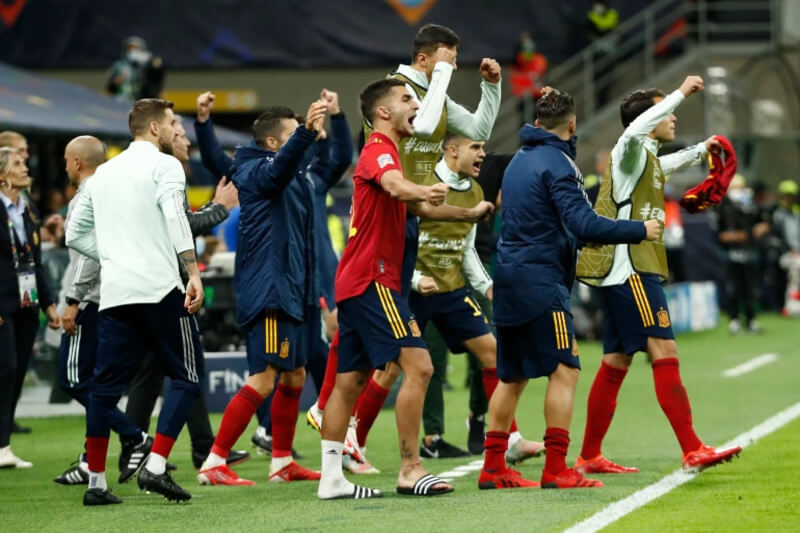 Spain 🇪🇸 will head into the final against France this Sunday, and with a talented young generation, and an experienced manager like Luis Enrique, can La Roja grab their first title since 2012? What do you think? Tell us more on our community