Do you remember when Cristiano Ronaldo snubbed two Coca-Cola bottles during a press conference? Surprisingly, that action opened up a whole interesting football story afterward 😆 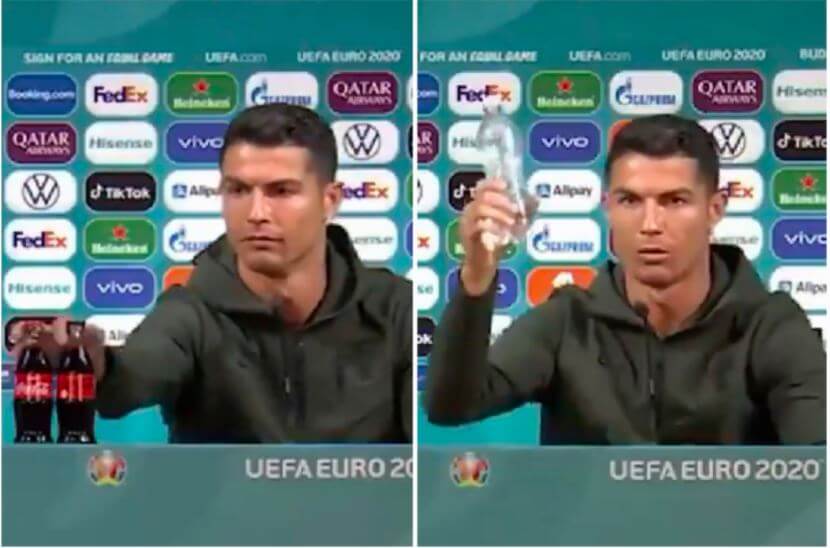 In the press conference after the match between Hungary and Portugal, Cristiano Ronaldo removed two Coca bottles with a water bottle, then he said “agua” – which means “water” in Spanish. This action later created much controversy among the netizen.

France’s Paul Pogba also joined Ronaldo; he removed a bottle of Heineken at a news conference following the 1-0 win over Germany. However, this action is understandable, Pogba is a practicing Muslim who does not drink alcohol. 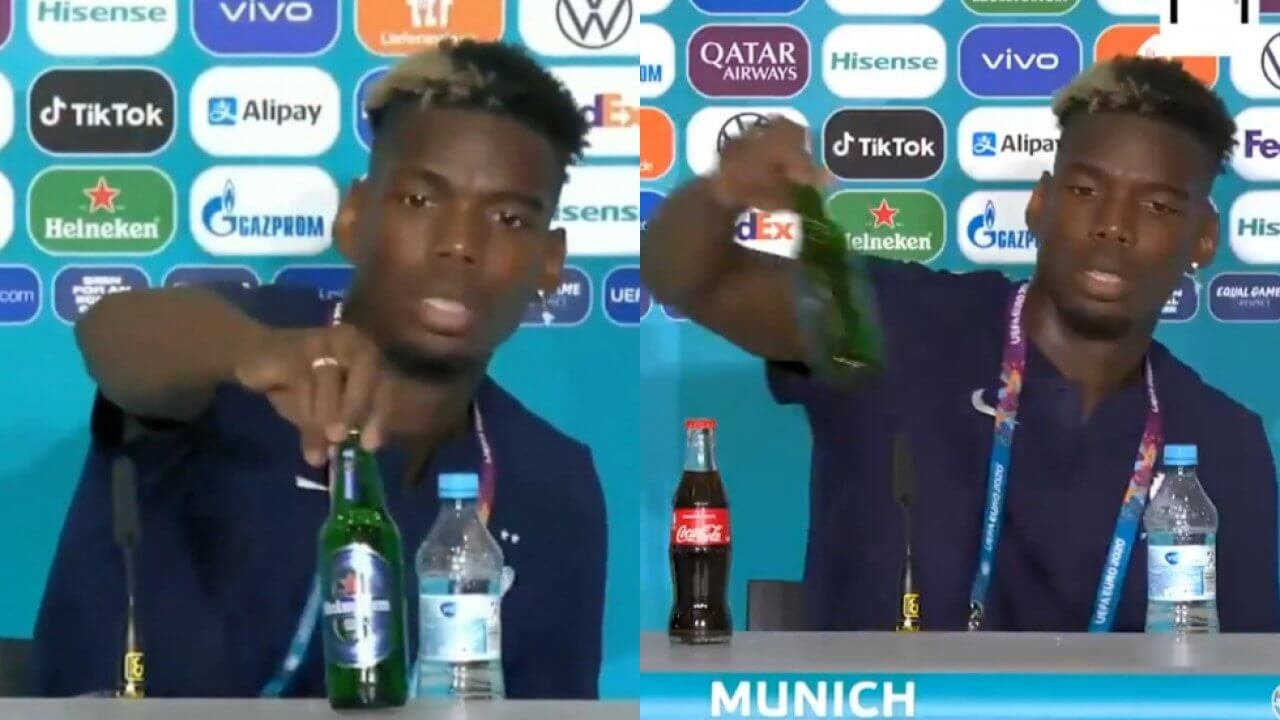 Then, many players and coaches have joked about Cristiano Ronaldo’s highly publicized rejection of Coca-Cola.

On Tuesday, Russian manager Stanislav Cherchesov decided to crack open a bottle of Coke Zero and proceed to drink it before Russia’s 1-0 victory over Finland. 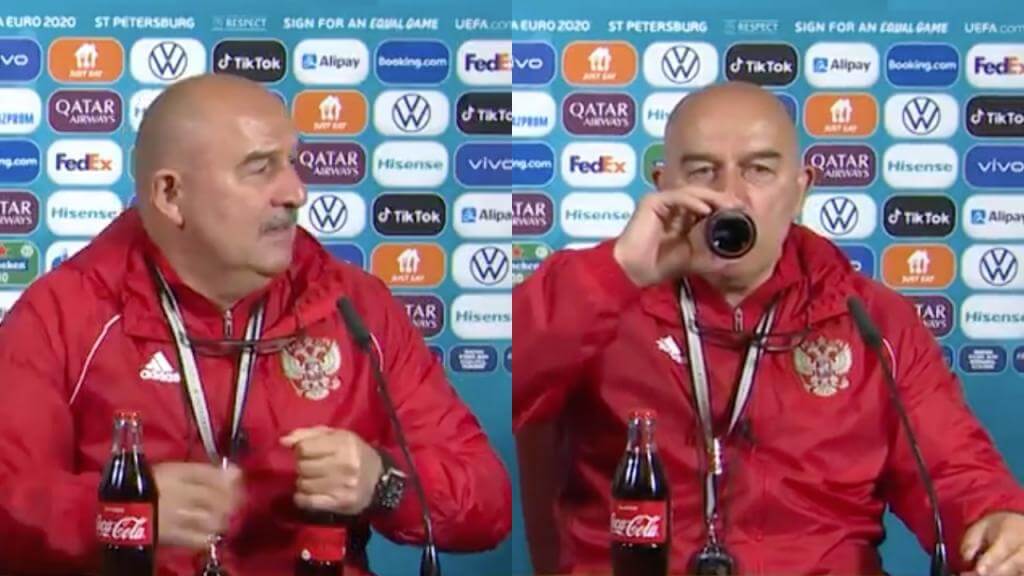 On Wednesday, Manuel Locatelli jokingly imitated Cristiano Ronaldo. He moved two bottles of Coca-Cola a few inches from where they initially placed. 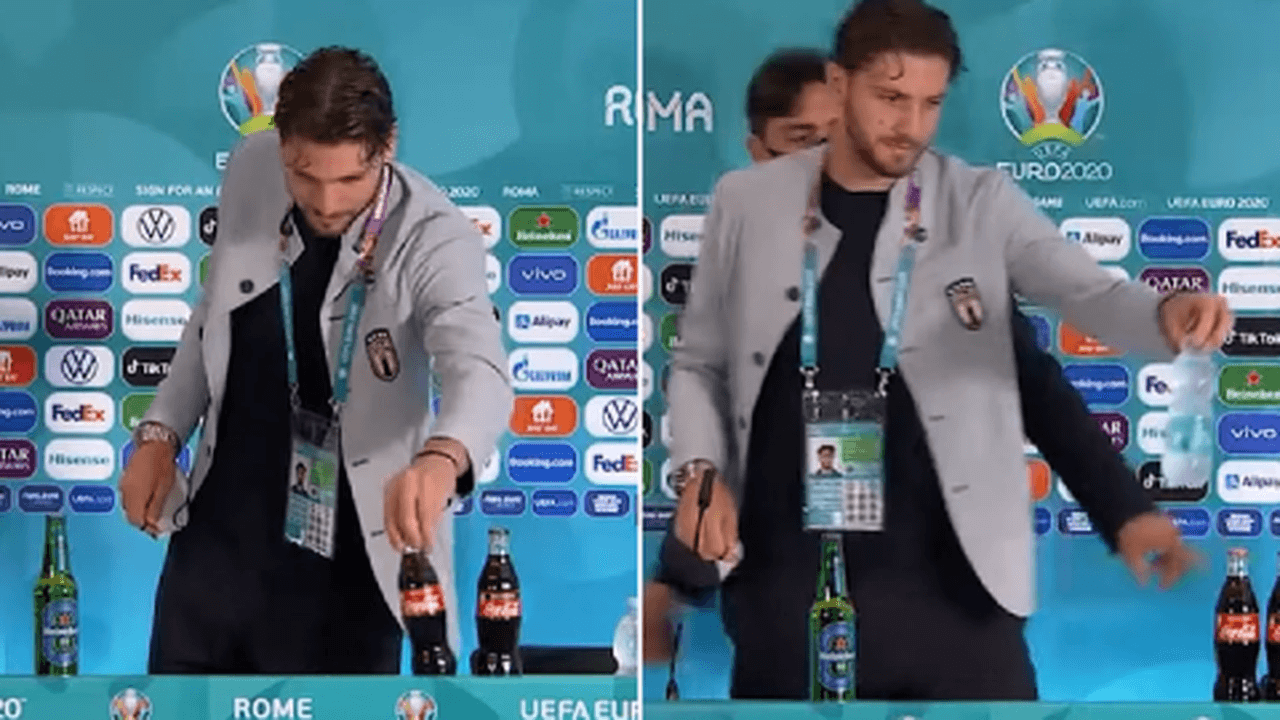 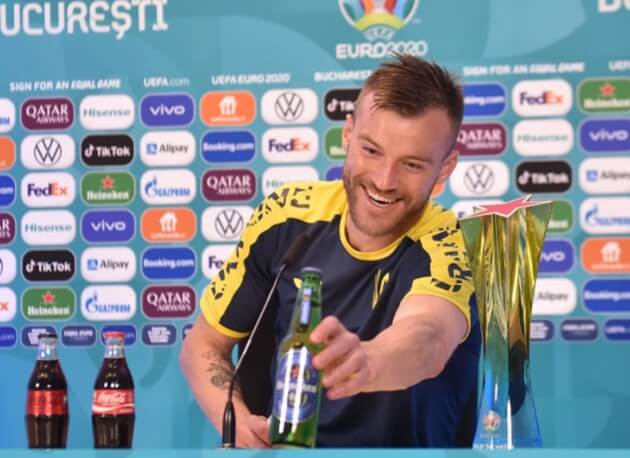 UEFA ended up the story with an announcement on Thursday: “UEFA has reminded participating teams that partnerships are integral to the delivery of the tournament and to ensuring the development of football across Europe, including for youth and women.”

Ronaldinho shot himself in the foot when he rocked up to a press conference sipping on a can of Pepsi. There was nothing about special if Ronaldinho wasn’t the Coca-Cola ambassador at that moment. 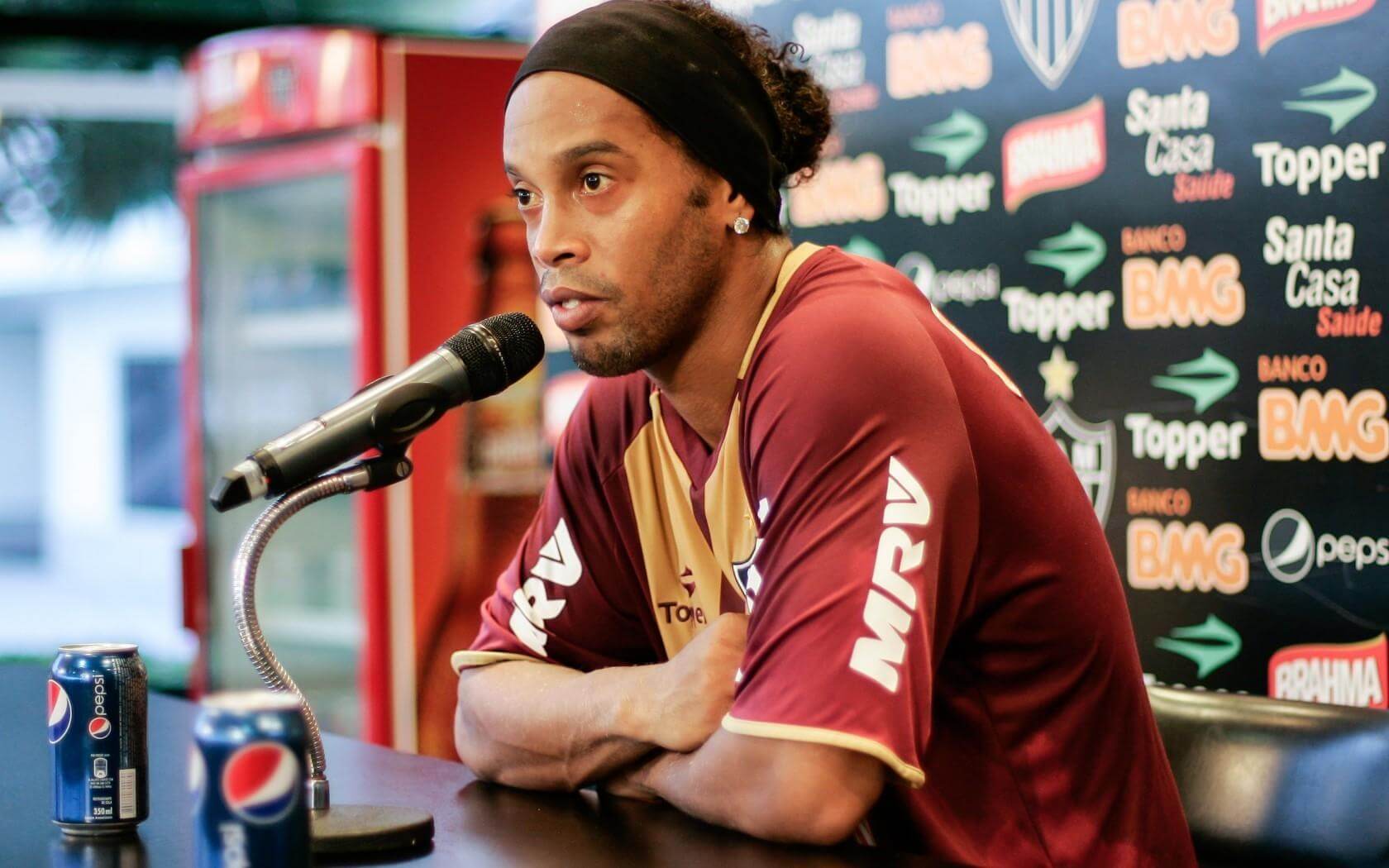 Brazillian legend’s incident made Coca-Cola’s headquarters weren’t happy when they realized Pepsi was getting the advertising they paid for. They quickly pulled the plug on the endorsement deal and now the Brazillian’s pocket is $760,000 lighter. 🤯