In Chelsea’s convincing win against Everton on Thursday, Kai Havertz played as a false 9 and had his best performance since he arrived at Stamford Bridge in September 2020. His incredible shot made Ben Godfrey score an own goal and then being fouled by Pickford to bring a penalty for Chelsea, which Jorginho converted to a goal. Havertz is a young remarkable footballer with top-level technical quality, as well as excellent football IQ and tactical awareness. Furthermore, not only is he a great player in the traditional senses, he is also consistent, disciplined, and rarely injured. To mark on his amazing performance, let’s take a look at the story of this rising star! 🌟 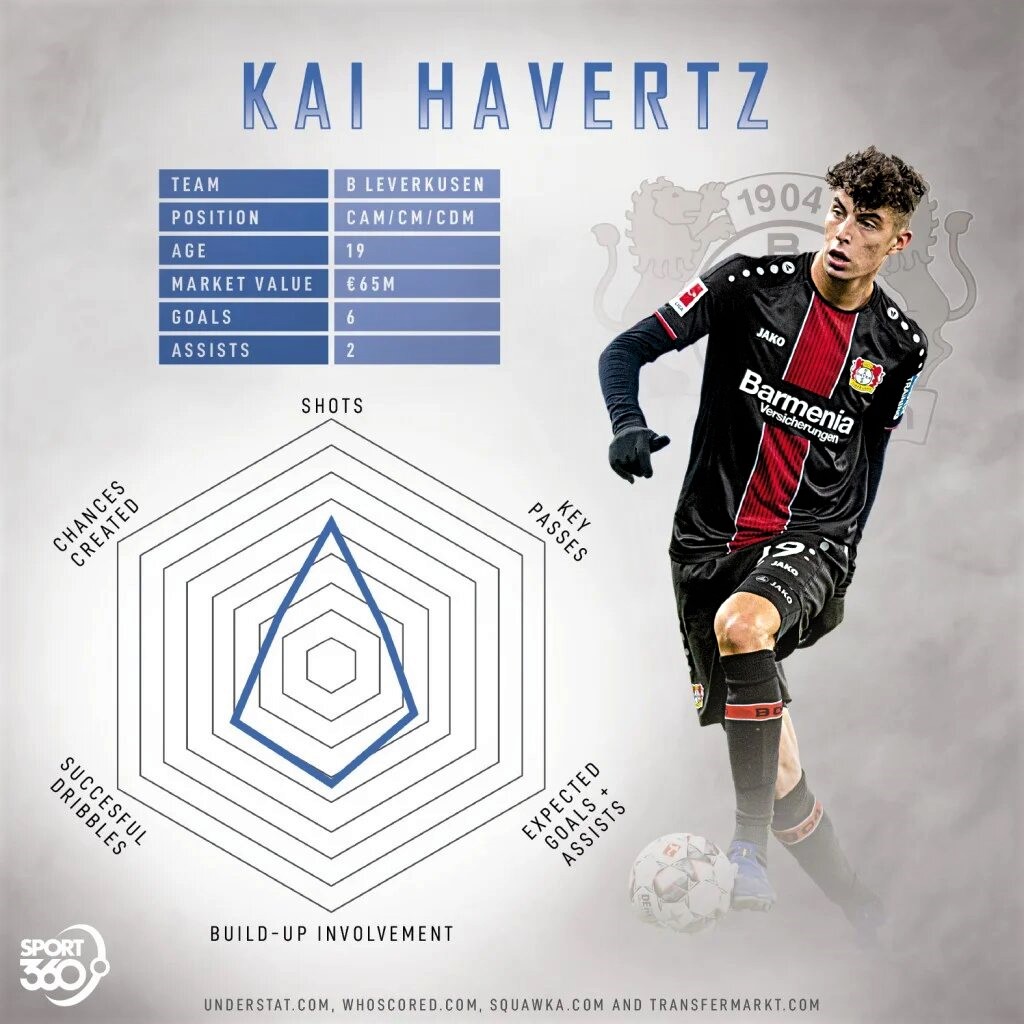 Kai Havertz was born on June 11, 1999 in Aachen, Germany. His mom was a lawyer and his father was a policeman. He’s the third kid out of the union between his parents.

He spent most of his childhood with his grandpa Richard Havertz because of his dad’s busy schedules. Grandpa Richard, who was a former footballer and a coach, introduced his grandson to football. 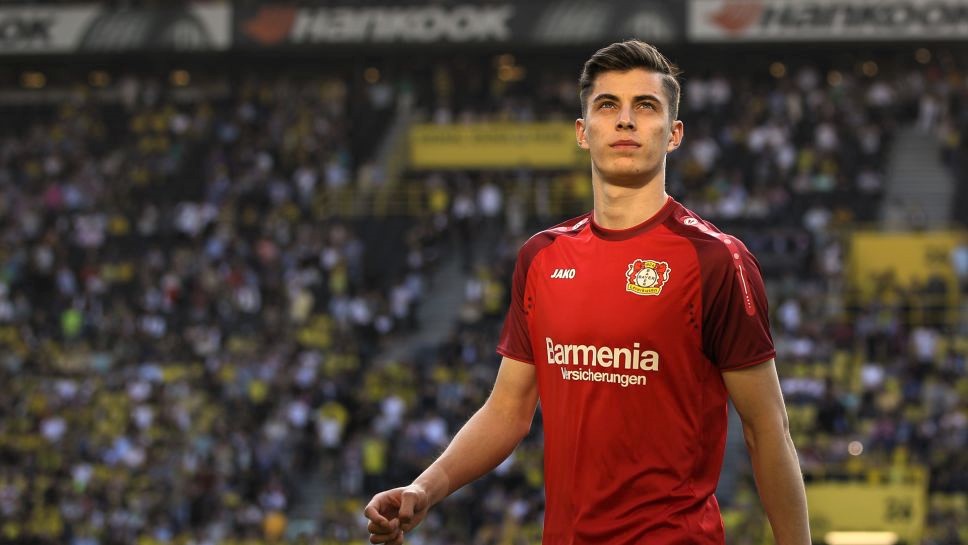 “My grandpa really got me into playing football, he did help me take my first steps. Obviously, my dad and brother also did their bit to get me out there playing at an early age. In my family, everyone was just football crazy, and we were just a football household. We loved football and everything revolving around it. I grew up with the game and that’s how this passion developed.”

Havertz went to Grandpa’s house in Mariadorf to play football every day. Both of them would practice at home or in the garden. At 4-year-olds, Kai started playing for the local team, Alemannia Mariadorf after understanding the sport. When he was nine, his family contacted football teams where he could have a more competitive career. In 2009, aged 10, he joined Alemannia Aachen, the biggest club in his region. He had shown that he was too good and above the club’s level. At this time, football scouts began taking Kai seriously. 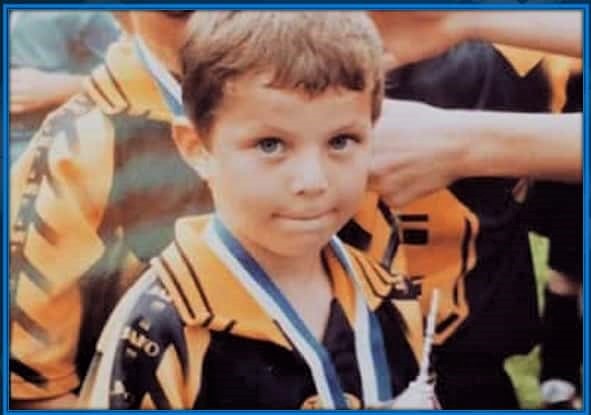 Kai Havertz and the medal at Alemannia Aachen

While still at Alemannia Aachen, Kai played against Bayer Leverkusen, he scored 3 goals in an 8-3 demolition and became a man of the match. Slawomir Czarniecki, Bayer Leverkusen’s youth coach, did everything possible to sign him.

At the age of 11, Kai became a Bayer Leverkusen player. He began to demonstrate top-notch skills and unrivalled skills, he earned the nickname “Alleskönner” meaning “Jack of all trades”.

In 2016, Kai scored 18 goals in 26 games to help Bayer Leverkusen win the German U17 title. Nine months after, he began playing in the first team. At 19, he made his Champions League debut against Atletico Madrid. After that, he set many records: – – Bayer Leverkusen’s youngest ever goalscorer in Bundesliga (04/02/2017)

At the end of the 2018/2019 season, he was named runner-up to Marco Reus for the German Footballer of the Year award.

But Havertz’s records list wasn’t stopped there, he became the second youngest player of all time behind Köppel to score 25 Bundesliga goals with the goal against Paderborn. In December 2019, he broke Werner’s record to become the youngest ever player to reach 100 Bundesliga appearances. 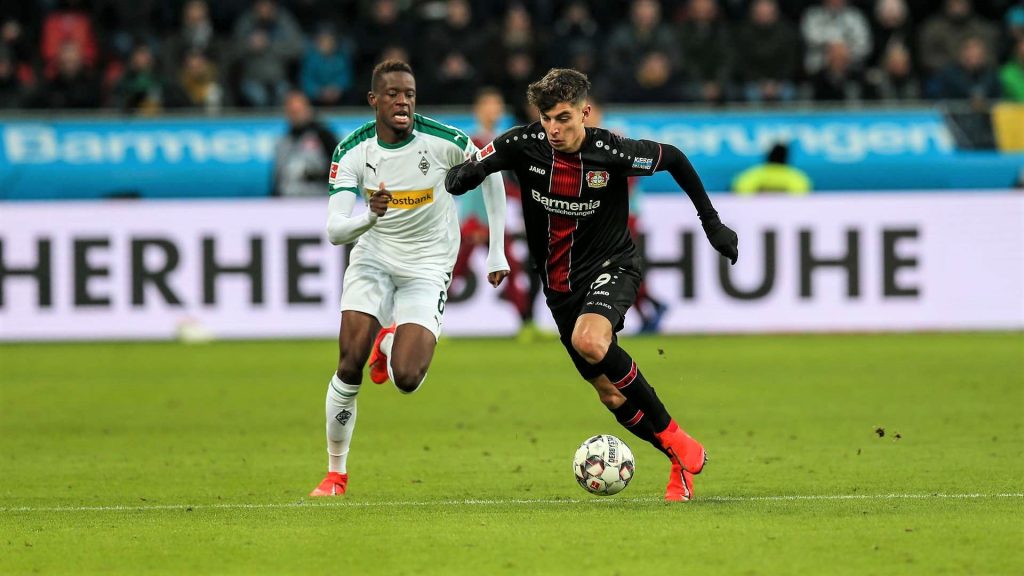 Havertz moved to Stamford Bridge on September 4th, 2020 with a transfer fee of £62 million, making him Chelsea’s second most expensive signing after Kepa. He hasn’t had any outstanding performance since he arrived until his performance against Everton. He needs to improve himself if he wants to become a star in the Premier League.

On 29 August 2018, Havertz was called up to Germany national football team for UEFA Nations League and friendly matches but he hadn’t appeared. On 9 September 2018, Kai came on as a substitute for Timo Werner against Peru. Upon making his debut, he became the first player born in 1999 to represent the national team. 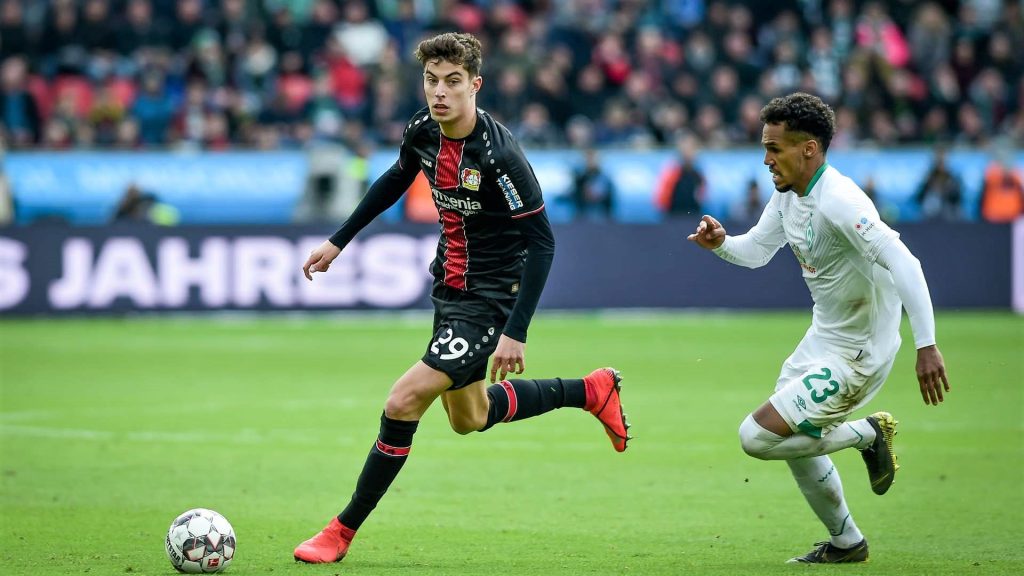 Havertz is a two-footed midfielder who is comfortable with the ball on either foot and adept with his head. His playing style drew early comparisons to Mesut Özil, further comparisons had been drawn between Havertz and Michael Ballack or Toni Kroos. In my opinion, he’s a combination of all three – a versatile player. 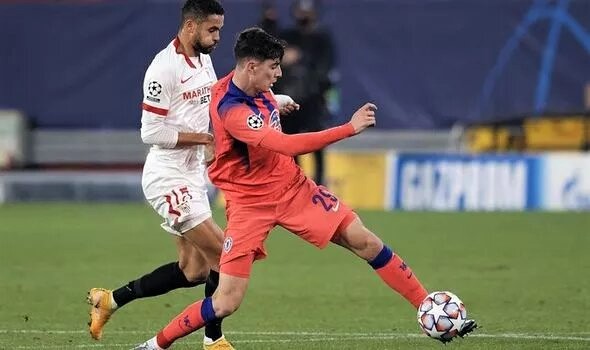 Bundesliga: Kai Havertz interview: the Bayer Leverkusen teenager making music on and off the pitch